Nike Go Fly Ease: The folding shoe with a history that is hard to imagine in Germany

Sporty look, chic design and a highlight that not only makes sneaker fans prick up their ears: With the Go Fly Ease, the US shoe manufacturer Nike has announced the first sneaker that can be put on and taken off completely without using your hands. This is made possible by a folding mechanism that snaps shut when you slip into your shoes. A clever idea, according to observers worldwide. But to get there, Nike had to break new ground in product development.

It all started in 2012 when a Matthew waltz penned a letter to Nike. The then 16-year-old wanted to know if the shoe manufacturer could help him with a problem: he was living with cerebral palsy, i.e. polio. And because of the he was always dependent on someone tying his shoes. "As a teenager trying to live completely independently, I find this frustrating and often enough embarrassing," Walzer wrote.

At the same time, the search for sporty, self-lacing shoes was a huge disappointment, Walzer continued to complain. He asked Nike to think about a corresponding product range - emphasizing that he was not interested in a business proposal. Apparently, the shoe manufacturer still saw it as that. And invited Walzer to an interview.

What followed has long since become a textbook example of the advantages of inclusive teams among US designers: Nike expert Tobie Hatfield took on the topic, and together with Walzer he developed the Fly-Ease series. Since then, several sneakers have appeared that reduce the manual effort involved in putting on and taking off. Until Nike introduced the Go Fly Ease. The first Nike customers can now order it, and an official release date in spring is to follow. But before that, the advertising drum is beaten. After all, it is the first solid shoe for the mass market that can be put on and taken off without using your hands at all.

This is possible because Nike has given the whole shoe a folding mechanism. When taking off, step lightly on the heel of the shoe with one foot. Then, when the other foot is lifted, the shoe simply folds open because the sole basically consists of two moving parts. The other way around, it is enough to step into the unfolded shoes and put weight on your foot - the shoe is already firmly in place. A concept that Nike describes as "revolutionary" and for which the corresponding patents have long been registered.

Hard to imagine in Germany 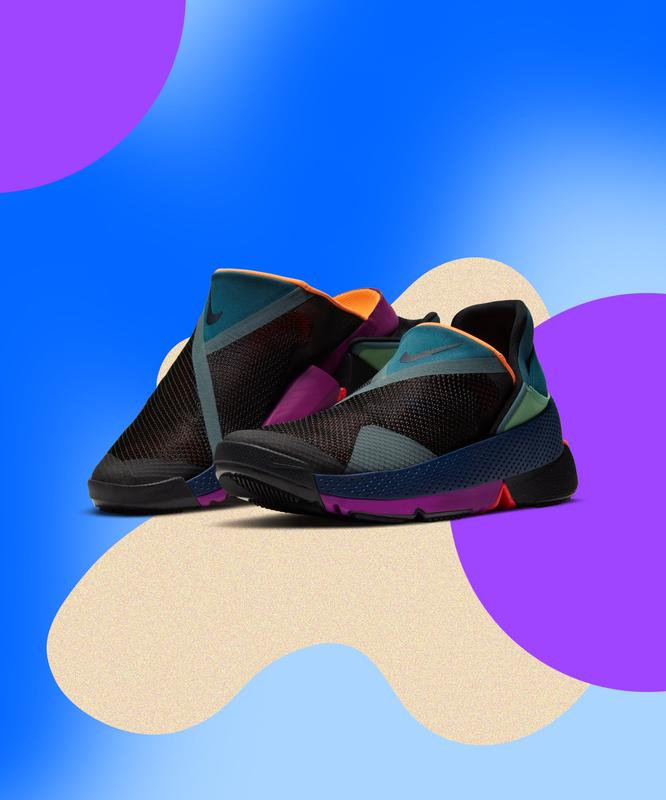 "I think that's exemplary," says Anne Gersdorff on the other side of the Atlantic about the history of the shoe. Gersdorff lives with a disability himself and is involved with the social heroes. The association fights for more inclusion in Germany, also on the job market and also in product development. “Germany is very far behind there,” criticizes Gersdorff.

Inclusion activist: People with disabilities are severely disadvantaged in the pandemic

"People with disabilities should always be considered everywhere - and therefore also have a say," the activist is convinced. If she has her way, companies can open up new target groups through such cooperations. "And not just people with disabilities, but also older people or pregnant women, for example, who often have problems putting on and taking off their shoes," explains Gersdorff.

Much praise for the shoe

According to her, more companies are slowly paying attention to the topic of inclusion, but this is still rare in the private sector. Unlike in the USA, companies in Germany do not have to be barrier-free. Instead, many people with disabilities have to work in workshops. "They do nothing to help people get there on the regular job market," complains Gersdorff. She and her comrades-in-arms with the social heroes are therefore demanding, among other things, that workshops for people with disabilities be abolished.

In Germany, however, this is still a dream of the future - while the inclusive shoe manufacturer Nike is creating facts in the USA. There, several Paralympic athletes are promoting the new shoe series, which has sparked great enthusiasm among people with disabilities on social media. But the Go Fly Ease are also well received apart from that: "They are so cool and at the same time comfortable" was the verdict of the prominent US talk show host Jimmy Fallon in his show on Monday.